A Belted Kingfisher perches above the river soaking up a bit of morning light.

The Rough-Legged Hawk is a resident in our area during the winter months as they breed in the Arctic and migrate south to the Northern United States and Southern Canada for winter. We usually see them soaring and sometimes hovering in the air hunting in a similar fashion to the much smaller American Kestrel. It was nice to see this one sitting still for a bit so we could get a nice look as like many hawks identification if difficult and something we are not very confident in.

It is always a bit shocking to see a Golden Eagle perched up high on a power pole. From some distance away you can notice those broad shoulders and instantly identify them. They are just so darn large.

We are lucky to always have a few Golden Eagles living nearby especially in the non-breeding season. Especially when the weather is mild like it has been so far this winter.

Golden eagles typically hunt small mammals including rabbits, ground squirrels, marmots and prairie dogs. Golden eagles are found from sea level to higher mountain regions but typically regions of open space such as grasslands, desert and high steppe regions. This Eagle was perched upon a power pole overlooking a large expanse of winter farmland waiting for the next meals to appear.

Usually the locals fly away before we even get the camera pointed out the car window but this day we were lucky as this Eagle allowed us a nice long look and several photos as well.

A mountain Chickadee pauses in the junipers as the sun shines bright on what to now has been a much drier and warmer winter than usual. We suspect the snow will come and temperatures will drop but until then the birds are catching a break and we can all use a break from time to time.

Looking a little sly this Male Canvasback seemed to be taking a break form the water yet poised to hop back in while resting at the edge of the ice. Notice the band on this guy, he is special and I wonder what story his band will tell.

A couple of fine fishermen, just hanging out, doing what fine fishermen do. Waiting patiently and strike when the time is right. Above is the Ringed Kingfisher which is the largest species of Kingfisher in the Americas measuring about 16 inches making it about 2-3 inches larger than the similar looking Belted Kingfisher. The Ringed Kingfisher has gradually expended their habitat Northwards and now can be commonly seen along the lower Rio Grande in Texas.

In this corner weighing in at 3.5 grams and a diminutive 7-8 centimeters in length is the Black-bellied Hummingbird. The female (above) lacks the distinctive black plumage that gives this Hummingbird it’s name. Black-bellied Hummingbirds are found in humid montane forests in Central America with males spending most of their time foraging in epiphytes in canopy whereas females are more frequently found along forest edges and garden clearings.

A male Black-bellied Hummingbird all puffed up on a cool morning.

One of our locals we know quite well a Red-Breasted Nuthatch we call Hatchmo. In winter, when the doors are closed, and the windows shut, it sure is comforting to open the door and be treated with that familiar honk-honk-honk. A wonderful break from that pandemic isolation.

This bird was perched in the forest canopy and sallying out to forage. It was a very gray day and good light was not to be found but we had a good time trying to capture a photo or two of this interesting bird. 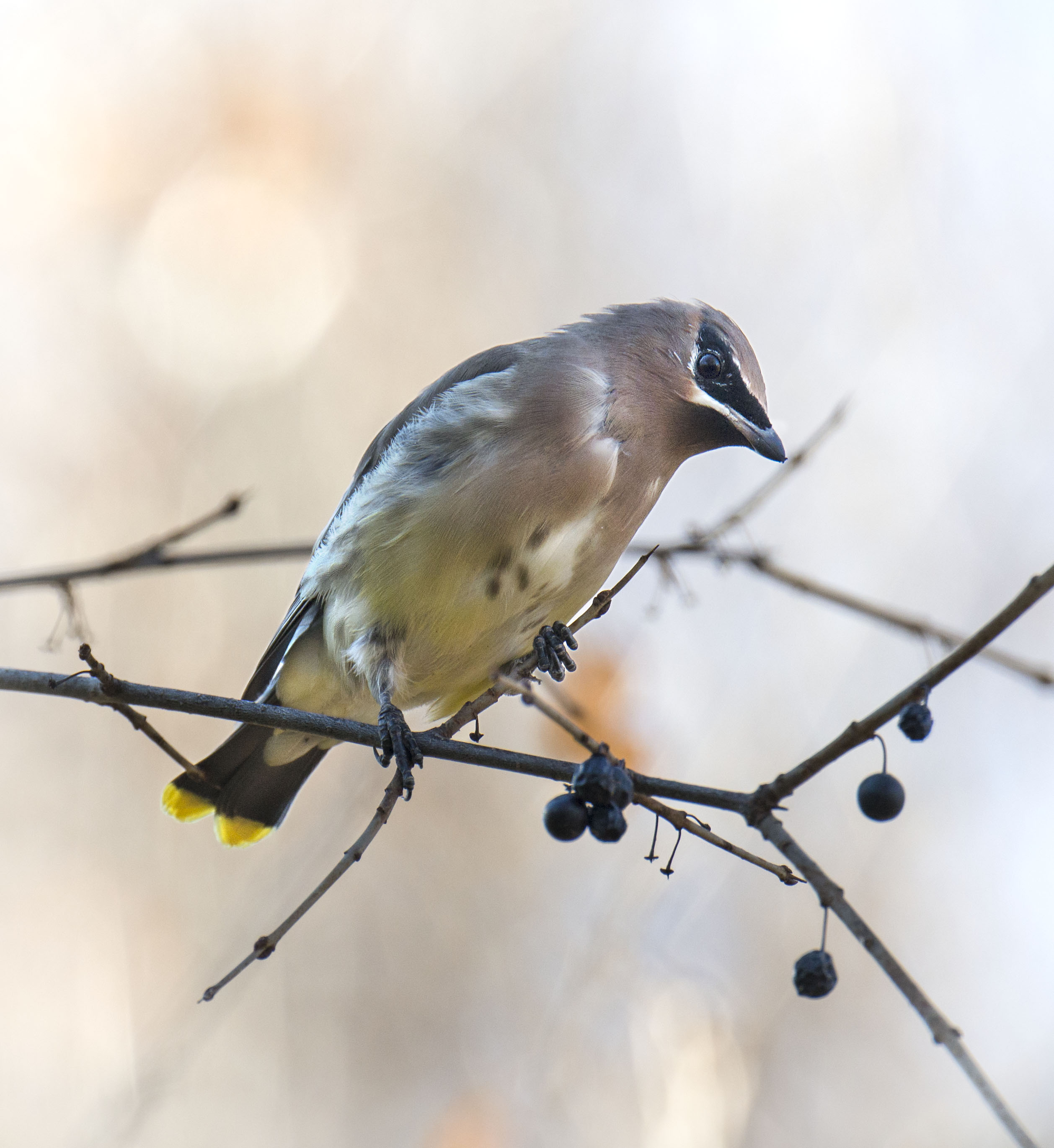 Cedar Waxwings picking over the same patch of dried berries that the Robins found appealing in yesterdays post. We only see the Waxwings for a week each year and only in the fall. This year they were right on schedule and arrived sometime during the last week of November and had departed by last weekends walk through the woods.

nature has no boss
Blog at WordPress.com.