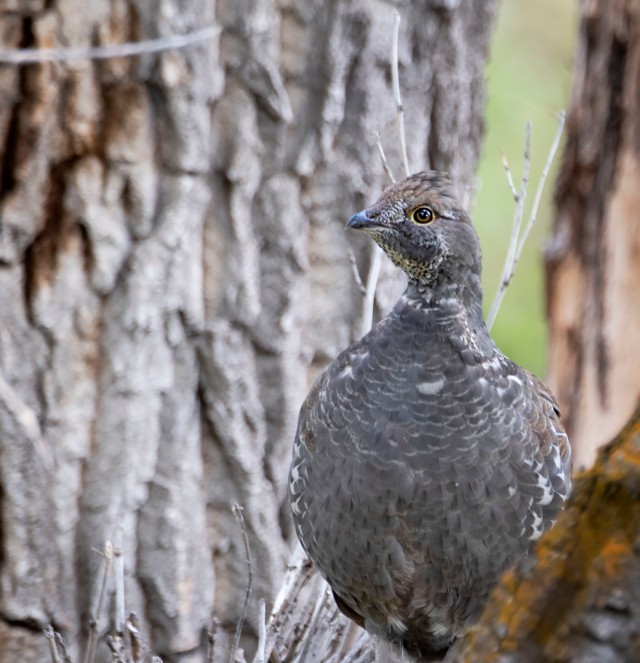 Upon first glance there was something a bit odd, a bit unusual about this female Ruffed Grouse. She just seemed a bit bigger, a bit puffed out compared to other females we have seen. It didn’t take long to figure out what was going on as you can only keep a clutch of fidgety Ruffed Grouse chicks still and under wraps for so long.

At first these little guys were just peeking out from under Mom’s wing a little cautious but ever so curious.

Yet within a minute or two they began to emerge from under cover.

Then in the blink of an eye they were darting out and into the tall grasses in search of a meal and quickly disappearing from sight.

We counted six little grouse emerge from under mom’s wings that morning. Each darting off into the cover of the grasses and the whole gang disappearing just as quick as they appeared. 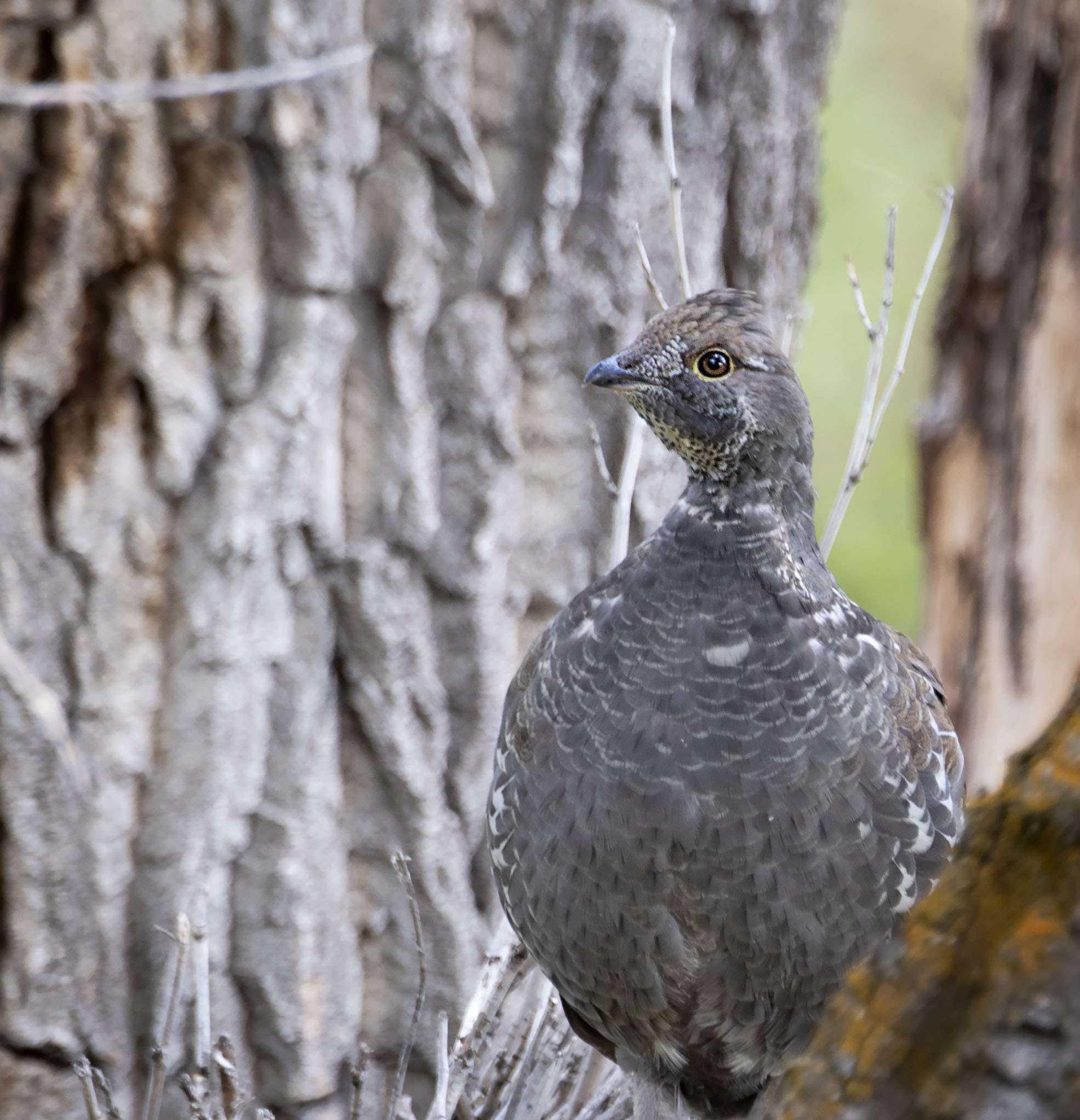